Time and Circumstance with Theresa Milstein 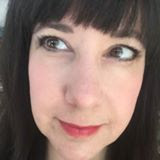 Please help me welcome Theresa Milstein, to The Storyteller's Scroll. We're revealing the cover of her new poetry and prose collection, Time and Circumstance. 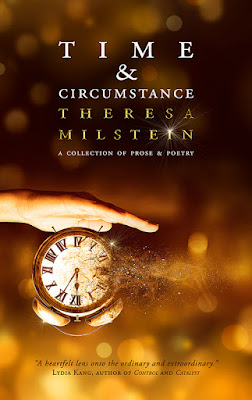 With subtle wit, and poignant imagery, the unrelenting passage of time connects the  vignettes in Theresa Milstein’s Time and Circumstance. This reflective collection of real and imagined poetry and prose, speculates on an erratic childhood, the uncertainty of adolescence, and the reality of parenthood, through flashbacks of love lost and found.

“This everyday, why again, sometimes / ignored tune has measured time in notes, / seconds, minutes, days, years, and so it goes. / It’s a measure of the man he will become.”

Cover Reveal for STARR FALL by Kim Briggs, a YA Romance

Today I’m super excited to celebrate the cover reveal for : 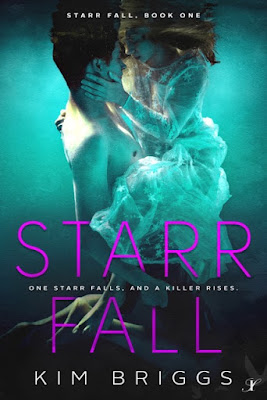 Book I of the Young Adult Romance Series by Kim Briggs 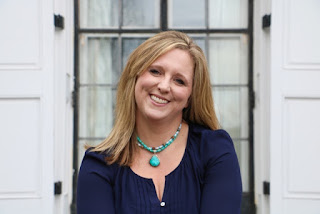 
Look for Book II next year!

And now. . . a bit of Starr Fall for your reading pleasure!

On the run from the Organization, Starr never planned on falling in love.

Boys want to date her and girls want to be her.

She’s the type of girl you want to hate, if only she wasn’t so damn likable.

But don’t worry, she’s not interested in your boyfriend. Boys are one complication she can live without.

When the Organization decides she’s not only the model student, but the ideal assassin, Starr’ll need a lot more than high test scores and extracurricular involvement to get herself out of that commitment.

Dark, moody, and dead sexy Christian Evergood is the last person she’d expect—or even want— to come to her rescue. From opposite ends of Webster High’s social hierarchy, their lives collide in one electrifying moment.

Christian isn’t the Goth loner he pretends to be, he’s a part Cherokee, All-American boy who wants to be a hero, Starr’s hero. Christian makes Starr forget that the Organization is after her, but nothing will stop the Organization from collecting their top recruit.

By the way, the spot for junior class president just became available.

Starr Fall by Kim Briggs Book Excerpt--
I glance up just before plowing into a tall, muscular frame. As our bodies collide, time stops for one brief moment. Strong arms pull me into his black Ramones t-shirt. He shifts his body under mine, drawing me in closer to his chest. His heart races against my cheek; it matches the sprint of my own.
In a tight embrace, we fall as if someone hit slow motion and we drop frame by frame without ever hitting the bottom. Nothing exists in the entire universe except for our plunging bodies pressed against each other. When we finally hit the hard tile floor, he takes most of the impact because I’m cocooned in his arms. Something tightens just below my belly button—a nervous kind of flip-floppy feeling, and I finally understand what Sami and Jody always talk about.
“You,” he murmurs. I gaze into Christian’s black lined eyes with newfound shyness. I never noticed just how blue his eyes are. A blue so deep and pure and clear I’m tempted to swim in them for hours, but the catcalls “Get a room” and rowdy laughter remind me we’re in the middle of the cafeteria with our food deprived classmates, and we’re fresh bait. A burn creeps into my cheeks.
He pushes himself up beside me. Whatever emotion was in his eyes a moment ago vanishes as quickly as it appeared. Two sharp, unforgiving vertical lines form between his eyebrows. Without even a grunt of acknowledgement, he stalks away. I stare after his black t-shirt, wondering what just happened and did he feel it too?
“Starr, are you okay?” someone asks, but I’m lost in my own world. “Starr, are you okay?” A hand grips my shoulder.
If there was any electricity coursing through my veins, it’s gone now.
I shake my head to clear it before turning to Frank. “Yeah..., yeah, I’m fine.”
I think.
WHOA! This is going to be a GREAT READ!

An unhealthy obsession with conspiracy theories combined with a love of travel and happily ever afters led Kim to write her YA novel, Starr Fall, where a secret organization decides Starr Bishop would make the ideal assassin. While in hiding, Starr meets dark, moody, and dead sexy Christian Evergood. Cue the swoon worthy music. But it’s not all happily ever afters for Kim, her NA novel, And Then He, explores the dark and scary corners of the human psyche. Following a night of innocent flirting with a handsome stranger, Tiffani finds herself in the midst of a nightmare she can’t escape. And Then He is available now through Amazon and other major book retailers. Starr Fall will debut November 2016 with Inkspell Publishing.

Giveaway Details
To celebrate Starr Fall’s cover release, Kim wants to give away some swag.

One lucky winner will receive a bag of Starr Fall swag including bookmarks, all the fixings for s’mores (once you read the book, you’ll know why).

Kim purchased a beautiful blue bead bracelet to be given away. The purchase of the bracelet bought one month of clean water to a child in a community overseas.

Starr’s all about water and making an impact.

Kim is too, and she can’t wait to give this bracelet to one lucky recipient.

All you need to do is pre-order Starr Fall, then email a copy of the proof of purchase (a screenshot works) to KimBriggsAuthor @ gmail.com

(Don’t forget to remove the spaces;)

Review of Endangered by Lamar Giles and Winner of the Giveaway

WINNER OF TWO LIES AND A TRUTH with LAMAR GILES. 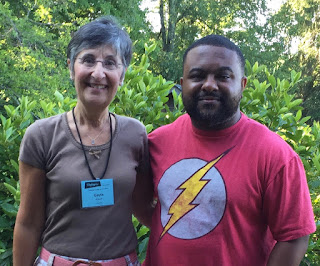 Two are lies and one is the truth:

Lamar explored an unfinished skyscraper with a real Urban Explorer as part of his research.

All of the Virginia locations in the book are fictionalized to allow greater flexibility in plotting.


Angela Calabrese - She guessed #3 was one of the lies. 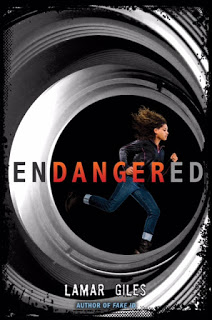 A picture is worth a thousand words, right? Not if you’re Lauren Daniels, a.k.a. Panda Gray. In fact, a thousand words couldn’t begin to explain how much trouble she gets into with one photograph of the wrong people doing the wrong thing.

Though no one saw through Peter Parker’s disguise (J Nod to Lamar!), everyone seemed to have Panda Gray pegged, especially after kids started to get hurt because of her actions. But when her best friend is one of the victim’s, Lauren knows she needs to fix the mess she started. The first thing she does is take down her secret website that is a photographic expose` of everyone who bullied her in her school career.

Going from hall ghost to the school’s MOST WANTED, Lauren learns a valuable lesson-- photographing people without their permission, and then posting their pictures on the internet to get even, is worse than the bullying she endured and leads to consequences greater than she ever could have imagined. 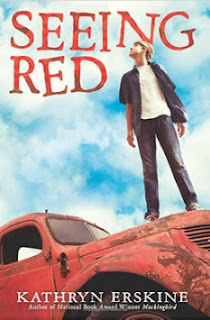 Can one person make a difference in this world? Can one kid? If you are twelve-year-old Red Porter, you can. It may take you a while to understand that in 1970’s Virginia all it takes is one person to make a stand. Soon others will stand with you and change can be enacted.

From grieving his father’s death, to defending the girl that just might be capturing his heart, to finding himself in a compromising situation that almost gets his best friend killed, Red learns that being a man and making a man’s decisions are hard, harder than he ever thought. And for that, he counts on the guidance of his father’s voice saying, “I hear ya, son.”

So many times Red listens for his father’s voice, but he soon realizes he has to find his own path to becoming a man. To do that he must stand up to his mother, protect his little brother, lament the loss of his best friend, and find something most important to an old woman, whose African American family had their property stolen over one hundred years ago. The trouble is. Red has no idea the thief was closer to him than he could ever imagine. 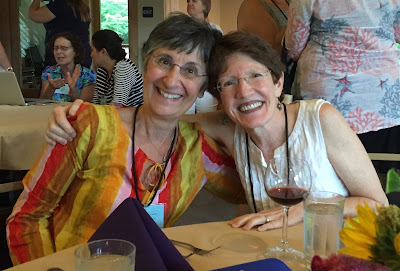 Seeing Red by Kathryn Erskine portrays the racial conflicts of the seventies in this wonderfully written historical fiction novel for middle grade readers. Poignant, positive, and passionate, Red Porter will capture your heart. As a former teacher, I highly recommend this book. It can be used as a discussion starter or supplemental reading for a social studies unit.