A Starr Falls, And A Family Is Found.

A few months ago, I hosted a cover reveal for Kim Briggs' first YA novel, STARR FALL. Today, I'd like to welcome you all to view her second book . . . 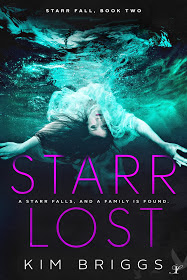 On the run from the Organization, Starr and Christian find safety on the Qualla Boundary with their friends, Ben and Coda, but Starr needs answers. She owes her dear dead friends, Sami and Jody, that much. She forms a team of her own to fight the general and his recruits.
Di, a mutual friend and anti-everything is a no-brainer, plus her Taser will come in handy. Frank,
Starr’s BFF, will put his life on the line for her. Ben and Coda, not to be outdone by Starr’s friends, also swear their allegiance. Christian’s the only hold out. He knows what the Organization is capable of. He has the beaten body to prove it, but when Starr wants something, she gets it.
Now that the team’s together, everything should be perfect. Trouble is Starr loves Christian but so does Di. And Frank, well, he’s never been very good at hiding his love for Starr. Will his four-year long crush on her threaten the safety of the team?
Life becomes tense on the Qualla Boundary, sparks fly, and the Organization is about to smash in their door.

1. Starr
He leans in to kiss me. I tilt my head up. Our lips are about to meet when images flash before my eyes—white hair, haunting blue eyes, made for pictures smile…. My eyes open wide. “Oh my god, Christian, I just remembered someone from my grandparents’ house.”

He pulls his face away from me, his eyes wide. “Who?”

“Gimme a second.” I turn the computer back on. I pace back and forth around the room as it boots up—the WiFi is way too slow for my patience level. “I don’t know his name. I remember his face—his face was plastered all over my grandparents’ wall. He held gold shovels and cut ribbons with my grandparents.”

The Yahoo home screen comes to life. I click the headline section below the newsreel until I get to the one I want. “That guy!” I point at the screen. “That’s the guy!” I click on the picture so it takes up the whole screen. “Jerry White, the pastor of the Jonathon Drive Church. I didn’t remember him until I saw the picture.” I study the screen up close. “Who is the other guy next to him?” I say more to myself than Christian. My eyes skim the headline for the other man’s name.

Before I can read it aloud, Christian says, “That’s Samuel Langhorne, the new governor of North Carolina.”

I’d be an idiot if I missed the bitterness in his voice. “Christian, what’s wrong?”

“He won the election last fall after his Democratic opponent was killed in a car accident.” Tears streak the sides of his face. 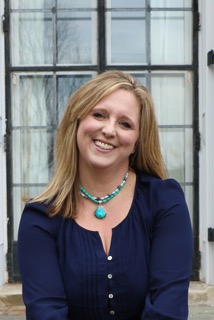 An unhealthy obsession with conspiracy theories combined with a love of travel and happily ever afters led Kim to write her YA novel, Starr Fall, where a secret organization decides Starr Bishop would make the ideal assassin. While in hiding, Starr meets dark, moody, and dead sexy Christian Evergood. Cue the swoon worthy music. But it’s not all happily ever afters for Kim, her NA novel, And Then He, explores the dark and scary corners of the human psyche. Following a night of innocent flirting with a handsome stranger, Tiffani finds herself in the midst of a nightmare she can’t escape. And Then He is available now through Amazon and other major book retailers. Starr Fall released November 2016 with Inkspell Publishing. Starr Lost, Book Two of the Starr Fall Series, releases January 4, 2017. Starr Gone, Book Three of the Starr Fall Series, will release June 2017.

Visit her website and sign up for updates: www.KimBriggsWrite.com
Chat with her on Twitter: @kimbriggswrite
She shares writing love with her INK Sister Alison Green Myers at INK Sisters Write http://INKSistersWrite.Blogspot.com

GIVEAWAY: As a celebration of Starr Lost’s release, Kim is giving away TEN Ebooks of Starr Fall plus one person will win a $25 Amazon card. Just comment on the blog below and your name will be sent to Kim for a chance to win. :) 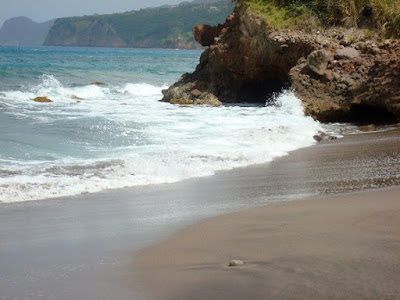 Ideas come in waves, some for picture books, some for novels, and like the sea, they change the creative landscape of my mind. Sometimes, I dive right into a new story because the main character is so insistent that I start the story. Other times the idea gently rolls back and forth over a period of time until the exact words appear in my head.
So with a new year upon us, I'm starting this new venture in blogging. I won't promise to write every day, but I will post something at least every week.

Today's writing wisdom - When those ideas strike, search for the link in your own life that makes the story meaningful to you. That's the heart of your story, and all characters, all events, will revolve around that personal experience, only seen through the eyes of your character, whether it be a little boy, a giant dragon, or an evil villain. 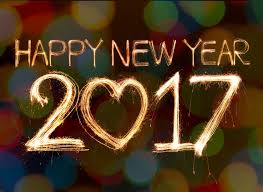 Some of you may know that I closed out the year by signing a contract with Clear Fork Publishing for my new picture book, Daddy, Can You See the Moon? 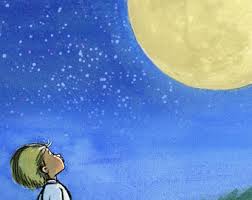 And in keeping with our writing goals and hopes for publication, I’m paying it forward in 2017.

You can send your manuscript in the body of an email to info@gayleckrause.com until January 13th.  If I get more than five requests I will have random.org choose the five finalists. I will confirm receipt of each manuscript.

And as an extra bonus*****I’m offering a 30 minute Skype session to discuss the manuscript and how to bring it to the next level.

So that’s my contribution to your Happy New Year!

So polish up that picture book manuscript and send it my way if you want a fresh eye and a rhyming refrain.