Sign up for March Madness, a poetry challenge that pits two poetry authletes against each other in brackets much like the "Basketball" March Madness.

The public and students in classrooms across the country vote on the best poem, thus advancing the winner to the next round. 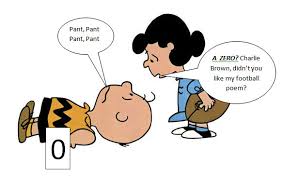 Here are the details:

Come join the fun and the excitement.

The application can be found HERE: http://www.madnesspoetry.com/apply
- February 15, 2017 1 comment: 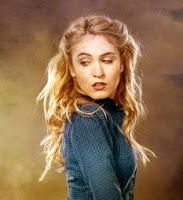 My name is Prudence Charlotte Rogers, Perdy for short, and I am Betsy Ross's apprentice. At least I was, before the lies about me spread like wildfire through Colonial Philadelphia.

Everyone was already ill-at-ease because the British were NOT going to let us secure our freedom. They schemed and plotted against us and one of the tactics they used was spies.

And that's where my story gets complicated. I was accused of being a British spy. ME? Perry Rogers! I may have snuck out of the house at night without telling my strict Quaker grandmother, and I may have been to blame that my little sister got so sick, but that's it. I'M NO SPY!

You can read about it in TWICE BETRAYED, a new middle grade historical novel all about me and my struggle for freedom.

I’m so excited to share the beautiful cover of my story with you.

Coming out March 28, 2017, readers are promised a rousing ride as they follow me through the streets of Colonial Philadelphia. Historical figures, a possible origin of the first American flag (as it is only legend that Betsy Ross designed it), and spies are woven into TWICE BETRAYED.

Leave a comment below and be eligible for a signed ARC of my story.

You can purchase it on Amazon and at iBooks or you can attend one of the book festivals where Gayle C. Krause will be selling my story.

Here’s the back copy:

With the spark of independence crackling in Colonial Philadelphia, three girls dress as boys and head to the river to put a perilous plan into action, but only two return. The third, a young milliner’s assistant, is found drowned, with gold coins sewn into her hems, coded spy letters on her body, and a journal implicating another sewing apprentice in the treasonous plot.

All eyes turn toward Perdy Rogers, Betsy Ross’ thirteen-year-old apprentice. But she’s no spy!  With one friend dead and deserted by another, the thread of friendship is stretched to the breaking point, when Perdy is accused. With her life on the line, Perdy risks more than her freedom as a new nation struggles to be born.

You are all invited to my book's launch party on April 9, 2017 at the Pike County Historical Society's Columns Museum in Milford, PA. Time: 1 PM to 3 PM.

Come listen to my story.

And sip some of Miss Betsy's tea.

Oh, and you might go home with some "revolutionary" goodies.

Thanks for stopping by The Storyteller's Scroll.

P.S. Gayle also has a new picture book coming out in November titled, DADDY, CAN YOU SEE THE MOON? If you’d like advance notice of when her books will be hitting the bookshelves please follow this blog through the email link or follow her at Author Gayle C. Krause on Facebook, or @GeeCeeK on Twitter.