Interview Your Characters to Gain a Better Understanding of Their Story

As an exercise to strengthen your YA protagonist, interview them as if they are sitting on a late night talk show. Ask them questions about their backstory, their problem, or the way they deal with their antagonist. At the end of this writing exercise, you’ll see how the protagonist’s choices influence the plot.

I’ll use my own characters from my YA urban fantasy, RATGIRL: Song of the Viper to demonstrate.

My name is Gayle C. Krause and this is Jax Stone, aka RATGIRL.”


“So, Jax, I’m sure readers would like to know more about you and the RATGIRL: Song of the Viper story. Could you tell us something about yourself?”

“Well, when the story starts, the only thing I hate more than my life is the rats. They’ve taken over the streets and buildings, and they’re even in my bed. I guess it’s to be expected since I live in an abandoned city sewer. But they make my job raising Andy even harder. At five, my brother can’t take care of himself yet, not in this hellhole.” 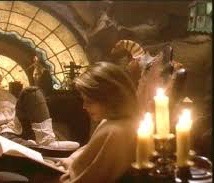 Jax shakes her head and sighs. “Not by a long shot. Global warming has practically devastated the earth, and the sun’s deadly rays make it impossible for us to spend more than two hours on the surface. And, there’s not enough food, thanks to him.” Jax tilts her head toward the last chair on the stage.

Culpepper, the tyrannical mayor, leans forward in his seat, his beady eyes narrowed. 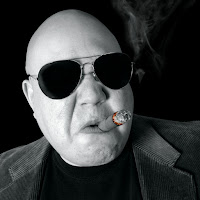 “Let’s not exaggerate the facts, girl. The sniveling crybabies left in my city make me sick. They act like they’re the only ones who have suffered from the sun’s attack on the Earth. If they had any gumption they’d pick themselves up and start working to make a better life for themselves. I did.”

Jax answers. “I tried, but you made it difficult. Thanks to Nonna’s teachings, I’m the only one in Metro City who forages for wild edibles, while others starve.  We eat our main meal in the morning, just before sun-up. Once it rises we descend into our hidey-holes until it’s safe to come out again in the evening.

Bah! I should have known you were one of those insufferable ECOS.”

“Next to Jax, is the most heart-stopping, swoonworthy male character in YA novels, today. He’s got a body like the statue of David, and a heart filled with love, not only for Jax but for all mankind. He’s a true ECO.” 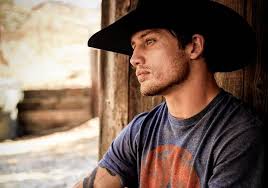 Jax clasps his hand and a crimson haze blossoms on his cheeks.

“You’re embarrassing me, Gayle. I just workout and eat right.”

Jax grins. “Easy for you, since you live in Antarctica in 2511. It’s the only sustainable continent left on earth. Jax’s cheeks blush, too. I’m only kidding. I’m sure the readers would love to know him as well as I do. His name is Colt. Colt Conrad.”

“Colt, what do you have to say? You’re seated between these two. Is that on purpose?”

“Yes. Syl, here, employed me, and my Air Caravan to bring food to Metro City, but he took it all for himself and his cronies. The homeless only got what The Altar Boys could smuggle to them. Every time I pulled into the old station I noticed Jax observing me bartering with the desperate people, who traded whatever family heirlooms they had left, for food. Eventually, our paths crossed, and the rest is history.”

“Bah! History! I’m the one who had a plan to return Metro City to its glory days, with my new underground city.  But first, I needed to rid the city of the vile rodents that killed my wife and son. “

Jax bolts to her feet.

“But you couldn’t do that without my help. And once I rid the city of rats, you reneged on our agreement.

“You did that all alone? Can you tell us more?”

“My one goal was to get Andy to the New Continent, where he could live a normal life but when Culpepper kidnapped him, along with the city’s homeless children, it made my goal a daunting one. Desperate to get Andy back I formulated a plan and used my hypnotic singing voice to carry it out. He left me no choice. I took all the children of the dying city to safety. But I couldn’t do it without my friends and Colt.

“Thanks, Jax. Colt, I remember something about the secret tattoo on your bicep. Could you tell us a bit about the ECO’s?”

“Sure. The ECOS were a group of environmentalists, who tried to preserve the Earth’s resources when severe global warming first started to affect our lives. They imported trees that would survive in warmer temperatures and moved to the country to grow their own root vegetables. Their numbers included scientists, agriculturists, horticulturists and anyone environmentally minded. Jax’s grandmother and my grandfather were two of the founders. They passed their knowledge of sustainable living on to us.”

So Sylvanis Culpepper, you’ve taken on the role of villain. How are you?”

His gruff and selfish nature pours out with his words. “That depends on whether you’re at the beginning of the book or the end.

“I can still see the tumult in your relationships, even now that the story is over. And that’s a good thing to have a story stay with a reader long after the book cover is closed.