Putting my YA novels aside to cook, I've been working on two "Fairy" short stories, one for children and one for young adults.

These two short stories have rekindled the "Fairy Call."

The first thing I ever wrote was a fairy picture book, and then another, which led to two MG "fairy" novels. I think this summer, seven years later, I will return to them. Seven sounds like a magic number.

Springtime puts me in a "Nature" frame of mind and those fairies are lurking in my woods, just urging me to pick up their story and rework it. 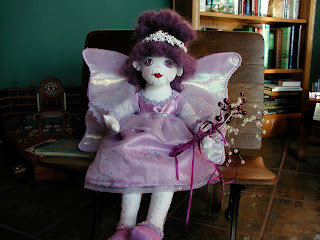 Email ThisBlogThis!Share to TwitterShare to FacebookShare to Pinterest
Labels: composing fairy stories for all ages