A Book and Roses Giveaway for Valentine's Day 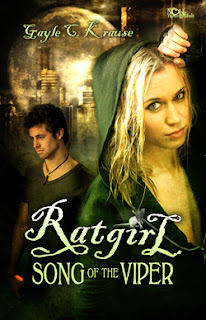 I’d like to celebrate Valentine's Day by a giving away a dozen chocolate roses and a copy of my new novel, RATGIRL:Song of the Viper.
Just how Jax Stone might have celebrated this day of “love” would certainly be different from the traditional celebrations we know. Let’s see how.
Red roses are a tradition for Valentine’s Day. In Metro City, where global warming has ravaged most of the earth and rainstorms pelt the region at unexpected times, roses do exist, but only at the manicured mansion of the tyrannical mayor, where they can be tended by servants on a daily basis, and they’re not red. They’re yellow. The same breed of roses Jax’s grandmother grew out in the country, when Jax was a little girl. So if Jax were to receive roses they would most likely be yellow.
Or….they might not be real, which leads me to another Valentine tradition—chocolate candy. In Ratgirl, the only candy mentioned is foil-wrapped kisses, and the only one who gets to eat them is Squeakers, Jax’s little brother’s pet rat. 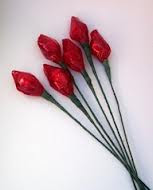 But with her best friend being so creative, those same kisses could have been fashioned into “chocolate roses.”
Another tradition, though quite old took place in medieval times, when girls ate bizarre foods on St. Valentine's Day to make them dream of their future spouse.
In Jax’s case, what she eats is always bizarre. Bread made from acorn flour, chokecherries, wild carrots, and chipmunk stew are among the crazy items on her daily menu. And what she eats has nothing to do with her dreams of Colt Conrad, the Air Caravan pilot, who she fantasizes about even before she actually meets him.
Their love story is full of angst, sarcasm, tenderness, and hope—a true romance that fits the criteria of Valentine’s Day. Valentine's Day is the day designated for lovers and for those hoping to start a romance. It's a day for shows of affection, as well as brave gestures and taking a chance. Jax Stone certainly exemplifies these characteristics everyday.
RATGIRL:Song of the Viper is scheduled to be released this week as an ebook. A few days later it will available as a paperback. Please stop by Amazon.com or Barnes and Noble, or your favorite online retailer to purchase it. You won’t be disappointed.
Add your name and a comment about how you celebrate Valentine’s Day to be eligible for a copy of RATGIRL: Song of the Viper, and a dozen “candy” roses.
Love and sweets are in the air. :)
- February 14, 2013