First up is Sarah's Song by Rosie Pova 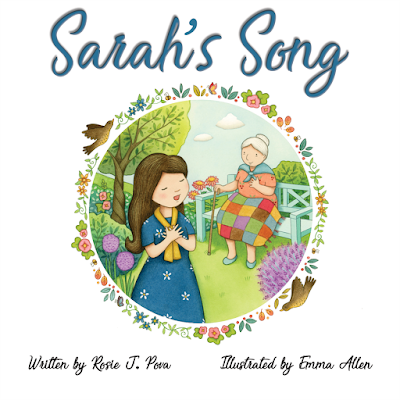 Music is the key to life. So says Sarah’s Grandmother, a loving woman who shares music with her granddaughter. Day-after-day they sing, dance, chant, and croon…until one day Grandmother becomes too tired to sing, and she can no longer dance. She needs a cane to walk. So Sarah sings and grandmother claps. Even Sarah’s silly songs can’t get Grandmother to sing again. So Sarah devises a surprise for her Grandmother and one again her heart is light and sways to Sarah’s song. Pova captures the special relationship between a child and her grandmother and shows how that relationship never fades. And Allen’s colorful illustrations add sweetness to Sarah’s Song.

And the second book is It's Time by Julie Pepper As a former Early Childhood Educator and Pre-K Director, I can heartily recommend Pepper’s new picture book to parents of preschoolers. It’s a perfect read on the night before the first day of school. It encourages the child’s imagination as they create their own personal scenarios for each of Steele’s bright and colorful illustrations and will help ease the transition into school.