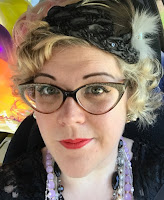 The Storyteller's Scroll would like to welcome a SPORK children's author from the "land down under." My readers will be interested in your path to publication.

1. How long have you been writing?

My whole life, really! But in terms of making a serious commitment to writing children’s fiction specifically, about three years.

2. When and where do you write?

Most of my writing is done in my favorite armchair in my living room, but I write best on my laptop, so can happily port it to wherever suits my mood. I feel my creative brain works better at night, so evenings tend to be my most productive. 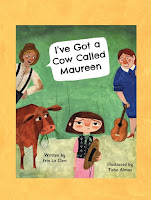 3. When did you start the first draft of I’ve Got A Cow Called Maureen and how long, from that point, until the book was completed?

My first draft of Maureen was in August 2017 and was ready for submission in September. Clear Fork Publishing picked it up in November 2017!

There were three significant revisions from the first draft to the one I submitted, and then smaller revisions right up until the final illustrated version of Maureen. Some of the illustrations affected text placement, and so a few paragraphs were shortened, and a few words were adjusted to suit. 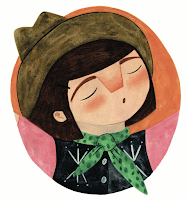 6. How long did it take to sell once you started sending the story out into the market?

I developed Maureen in the Children’s Book Academy Picture Book Writing course in August 2017, and Maureen was actually picked up from the “Golden Ticket” submission opportunity at the end of the course. I know this is a slightly back-to-front route into publishing, as I’m now sending out submissions to agents for representation!

7. How did you become affiliated with Clearfork/SPORK?

Callie Metler-Smith from Clear Fork was one of the Golden Ticket judges, and Mira Reisberg of Children’s Book Academy had just taken on an editorial position with Clear Fork. Sometimes you end up in the right place at the right time!

8. Was there anything that surprised you about the editorial/publishing process?

I was so new to publishing that I went in without a lot of expectations, really! That said, the number of changes and adjustments, right up to the finish line, was a definite whirlwind! I was also really impressed with the kindness and support shown to me by my publisher, editor, and all the lovely authors I’ve met along the way!

9. Would you please summarize I’ve Got A Cow Called Maureen for us in one sentence.

It’s the true story of how my Nana Maureen became Australia’s Champion Swiss Yodeler in the 1940s, despite being part-deaf!

10. Could you briefly tell us about what inspired this picture book. 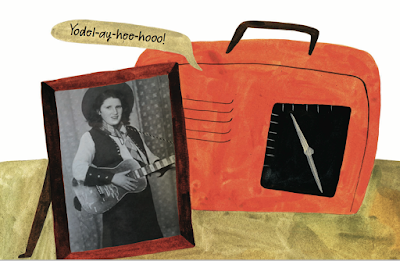 The picture book is based on my Nana’s true story. I was trying to decide what to write during the CBA course when my mum mentioned a story about my Nana that made me laugh: every time she was introduced to a local farmer, they’d exclaim “Why, I’ve got a cow called Maureen!” This funny little anecdote was the “way into” telling the story of Nana’s amazing and unusual yodeling career!

Erin is graciously giving away a picture book critique of 500 words or less. To be eligible please leave a comment below and share this post on your social media. Leave a link so we can see where you left fabulous comments for Erin. :)

One winner will be selected on May 7th. Stop back to see if you won and thanks for sharing Erin's debut picture book journey.