Two Lies and A Truth with LAMAR GILES

I’d like to welcome Lamar Giles to The Storyteller’s Blog. 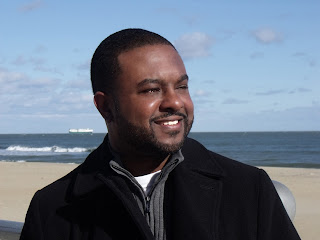 I met Lamar last month at the Highlights Foundation Summer Camp, where he was my mentor for my new YA thriller.  I couldn’t have asked for a better mentor. He is a two-time Edgar nominee for Fake ID – 2015 and Endangered – 2016. 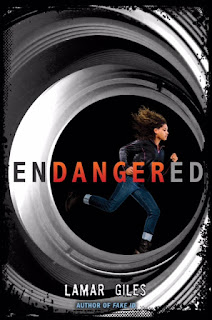 That being said, Lamar—

1. Do you see yourself in any of your characters?

2. What are you trying to say in the book about young people?

I’m trying to throw a spotlight on bullying and hypocrisy. I doubt bullies ever feel like they’re doing anything wrong. In some ways, they probably think they’re doing something helpful and necessary. Like, “You need me to punch you so you can learn to be tough and take a joke. I’m helping you learn your place.”  When some kid embarrasses another, or hurts another, only the most self aware among them sit back and say, “this is wrong.” I wanted to take the reader along for a ride with a likeable bully in Panda.

3. How long ago did you get the idea for Endangered? 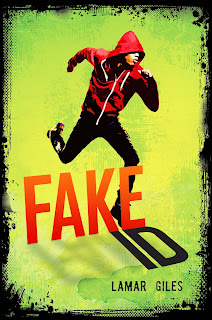 Sometime in 2011 or 2012, maybe. It was after FAKE ID was completely finished and I was anxious to get started on a new project.

4. When did you start the first draft and how long, from that point, until the book was completed?

See my previous answer for when. In terms of drafting, it probably took a year and a few drafts to finish. It’s all a little fuzzy now.
5. When and where do you write?

I have a home office, so I write most of my work there. Every so often I’ll take a field trip to a coffee shop or bookstore. That’s usually on Friday, to break the monotony.

6. How did you find the inspiration for ENDANGERED?

The news. Around the time of ENDANGERED’s conception there were several stories of cyberbulling going too far. Those stories were the seeds.

7. Without giving too much away, can you tell the readers how deceit or lies play a part in ENDANGERED?

But that would be giving everything away. They’ll just have to read. ;) (add devil horns to that emoji, please…haha)

That being said, could you give us three brief personal experiences that you incorporated into ENDANGERED? But one caveat…..two must be lies….. and one must be a truth!

The readers will guess which one is the lie and all of the correct guesses will go into a drawing for a signed copy of ENDANGERED.

1          A world renowned wildlife photographer consulted on the book.

2          I explored an unfinished skyscraper with a real Urban Explorer as part of my research.

3          All of the Virginia locations in the book are fictionalized to allow me greater flexibility in plotting.

8. Could you tell us a bit about your new release, OVERTUNED and when it will be released? 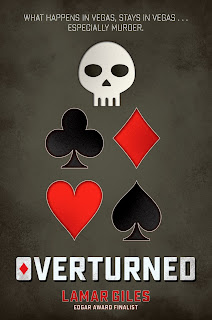 Nikki Tate is infamous, even by Las Vegas standards. Her dad is sitting on death row, convicted of killing his best friend in a gambling dispute turned ugly. And for five years, he’s maintained his innocence. But Nikki wants no part of that. She’s been working on Operation Escape Vegas: playing in illegal card games so she can save up enough money to get out come graduation day.

Then her dad’s murder conviction is overturned. The new evidence seems to come out of nowhere and Nikki’s life becomes a mess when he’s released from prison. Because the dad who comes home is not the dad she remembers. And he’s desperately obsessed with finding out who framed him—and why.

As her dad digs into the seedy underbelly of Vegas, the past threatens everything and Nikki is drawn into his deadly hunt for the truth. But in the city of sin, some sinners will do anything to keep their secrets, and Nikki soon finds herself playing for the biggest gamble ever—her life.

Thanks so much for stopping by, Lamar. We appreciate you sharing your writing experiences with us.

Leave your comment below. Try to decipher which statement above is the truth for a chance to win a signed copy of ENDANGERED.